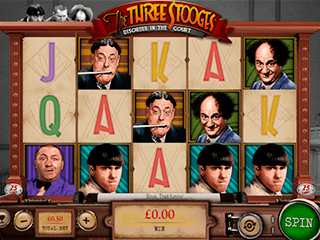 The Three Stooges is another progressive pokie that was released by RTG in December 2008. It features 5 reels and 25 paylines. The game is based on the mid-20th-century comical television series. It offers a progressive jackpot, free spins, extra games, and cash price. Additionally, it has a simple user interface and a payout rate of 95%.

What do you think of when you hear of the Three Stooges? This pokie game brings back the old-time characters of the comical TV series The Three Stooges. It has a Cinema theme with great ambiance music, movie clips, and soundtracks.

The film Canister, Lady, Man, Bowler Hat, Old-Fashioned Telephone, Pie, Hammer, Cash, and Clapper Board are the standard symbols of this game. The Three Stooges Icon is the wild symbol while Curly, Larry, and Moe are the 3 scatter symbols.

This pokie game comes with a fixed bet size of $1.25. To play, load the game and select the paylines. Next, hit “Spin” to start the game. The can use the “Autoplay” feature to spin the reels for a specific number of rounds without interruption.

Three or more Curly scatter symbol appearing during a spin activate the Curly Cash feature. 3 to 5 Curly symbols award up to 30 extra spins with 3 times winnings. When 3 or more Larry scatter symbols pop during a spin, the Larry Loot feature is triggered. Each Larry comes with a multiplier. A bonus equivalent to the bet amount is awarded and multiplied by the multipliers. What’s more, players can win a progressive jackpot when 5 Three Stooges Logo symbols appear on an active payline.

The Three Stooges is among the most lucrative pokies from RTG. It offers extra spins, high multipliers, cash prizes, and a progressive jackpot. Try this game and you might get rich. 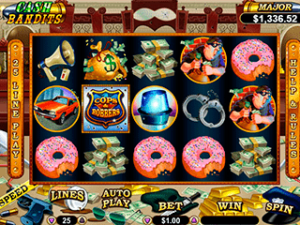 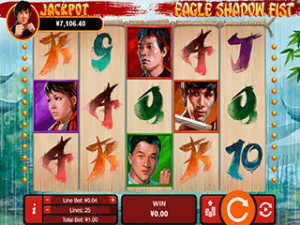 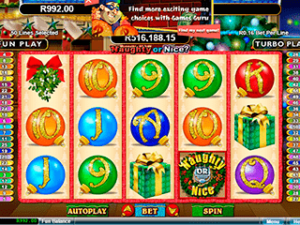 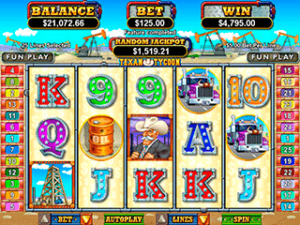 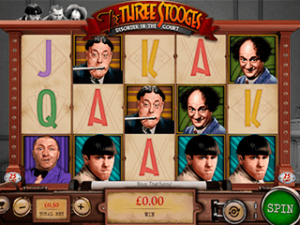